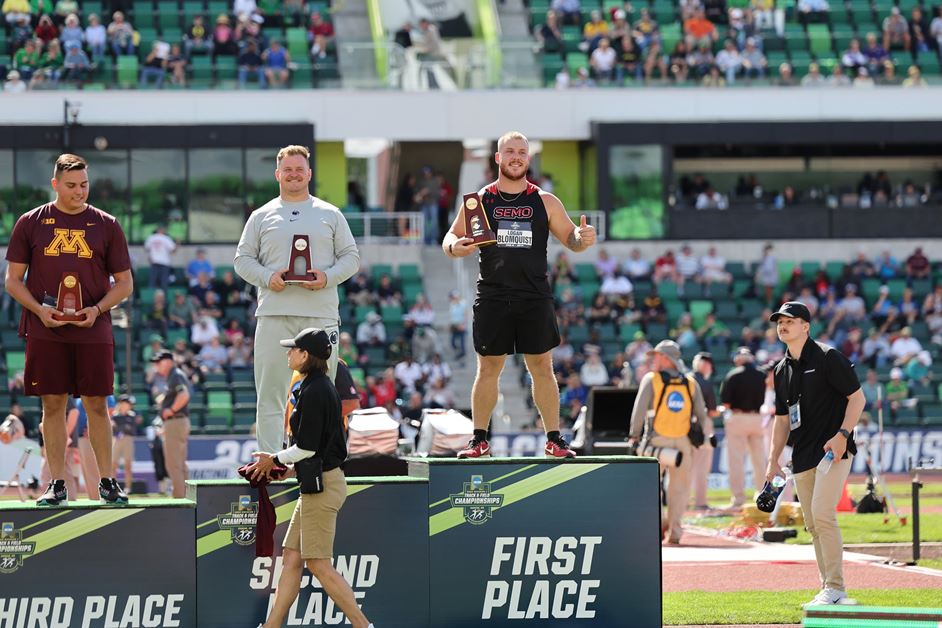 Blomquist, the 2022 Ohio Valley Conference Male Field Athlete of the Year and Hammer Throw Champion, won the National Championship with a career-best mark of 240-8 (73.37m) in the final round to etch his name in the SEMO record books.

''I came into the [2022 NCAA Division I Outdoor Track & Field Championships] thinking that I was capable of throwing far,'' Blomquist said after securing the National Championship. ''I was nervous, knowing it came down to one final throw and that was it. I've worked so hard for so long for this moment. It was anybody's ballgame coming in [to the 2022 NCAA Championships].''