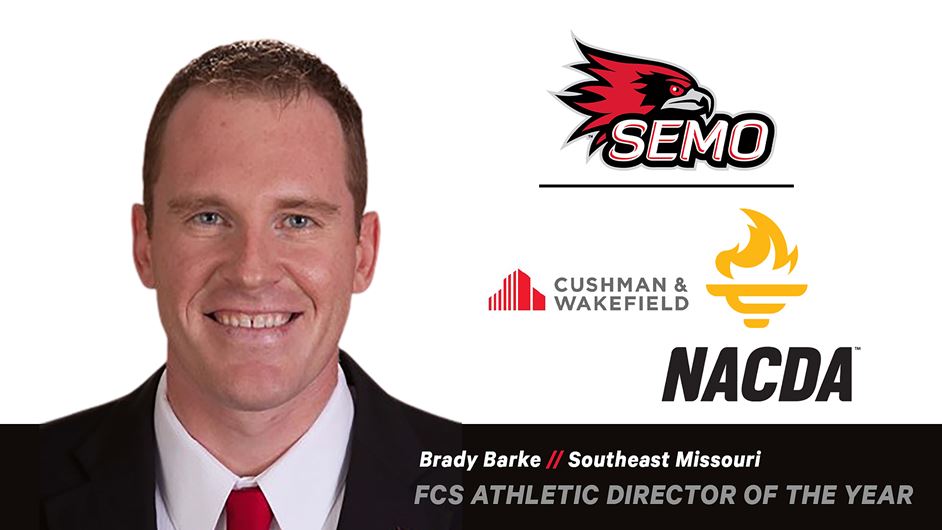 The ADOY Award highlights the efforts of athletics directors at all levels for their commitment and positive contributions to student-athletes, campuses and their surrounding communities. Barke is only the second ever AD in the Ohio Valley Conference to win the award.

The award spans seven divisions (NCAA FBS, FCS, Division I-AAA, II, III, NAIA/Other Four-Year Institutions and Junior College/Community Colleges). Winners will be recognized in conjunction with the 57th Annual NACDA & Affiliates Convention at the Mandalay Bay Resort in Las Vegas prior to the Featured Session on Tuesday, June 28 at 4 p.m.

''I'm truly honored and humbled to be recognized for what we have accomplished here at SEMO,'' said Barke. ''This award is a testament to the work of our coaches, staff and student-athletes who have bought into our vision for what SEMO Athletics can become. I am fortunate to work alongside people who are committed to this institution and look forward to building upon our success. I'd also like to thank NACDA and congratulate the rest of the winners of this year's awards.''

SEMO has reached unprecedented success under the leadership of Barke, who is in his sixth year in the AD chair. So far in 2021-22, teams have won three OVC titles with volleyball sweeping the league's regular-season and tournament crowns, and men's track & field winning the indoor championship. Since the start of the 2019 calendar year, the Redhawks have won 14 conference championships, most in the OVC. In 2020-21, SEMO claimed its first-ever OVC Commissioner's Cup, the league's ultimate symbol of overall athletic excellence in Conference-sponsored championships.